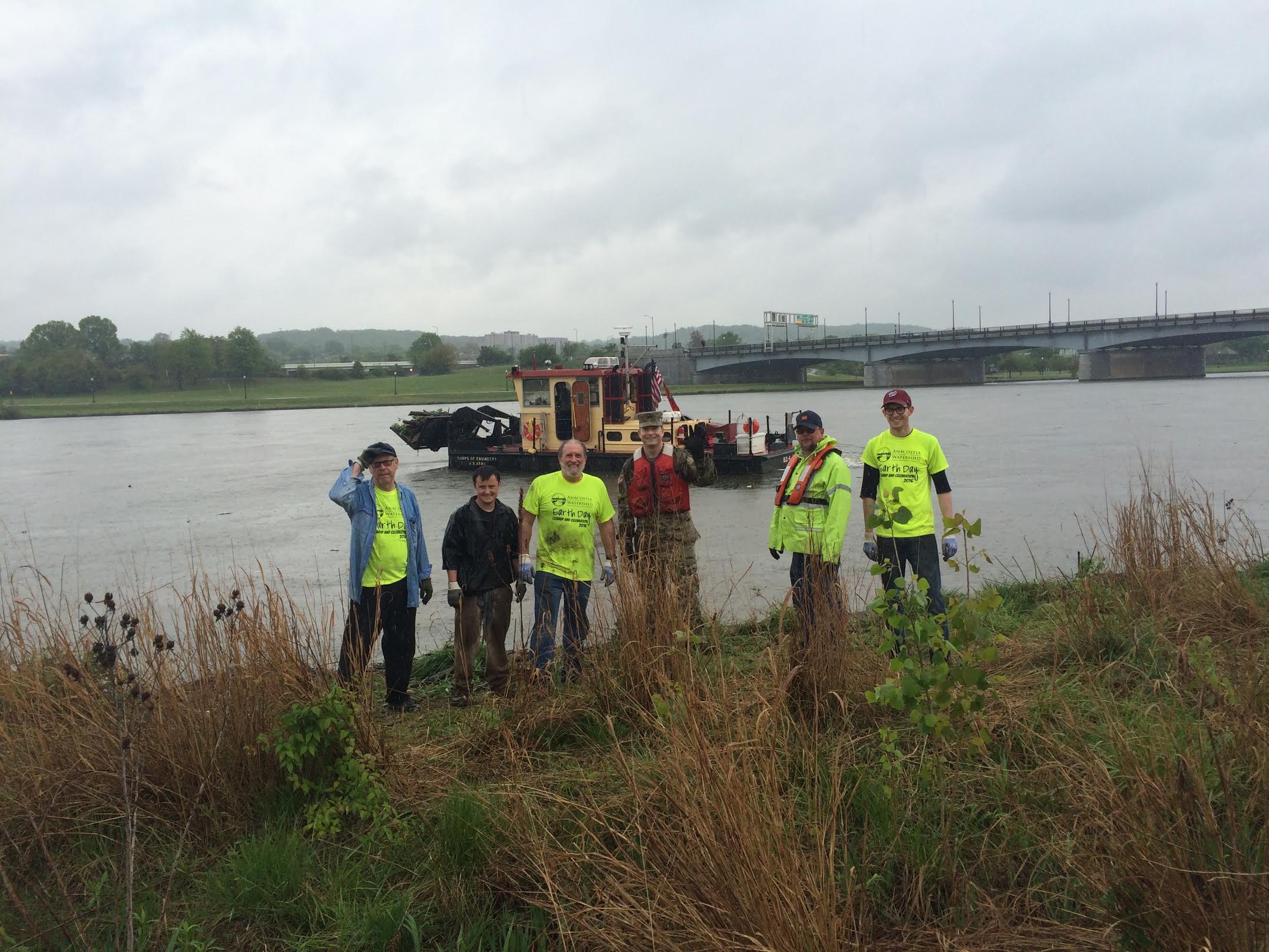 If the bioswale looks tidier, that’s thanks to the many volunteers who lent their time cleaning and clearing on Earth Day. 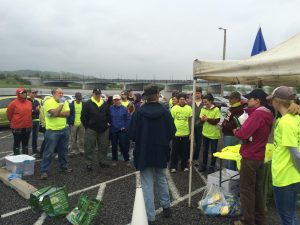 It was a busy morning with all the activity at the boathouse, but it all ran smoothly as far as I could tell. We had about 14 volunteers from ACBA; Strokes, paddlers and CRC were all represented. An additional 35-40 people who signed up via Anacostia Watershed Society came to clean up on the trails. They did a great job and I think we had a count of at least 60 bags of trash.  Jeff Peacock of the U.S. Army Corps of Engineers came with a couple small boats plus the barge. They tied the barge up to the River Birches west of the paddlers’ dock and then pulled the smaller boat with the basket on the front into the seawall. What a load they carried off!  They were incredible in coordinating as sculls and shells launched and landed. 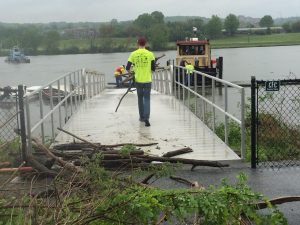 Jim Smaile’s group worked all morning in the first bioswale section east of the upriver ramp. I think you’ll agree it has been transformed! They worked around the back of the boathouse and cleared the space between us and Seafarers’ — removed a considerable amount of tree honeysuckle and other overgrowth. It looks great. The space between the two downriver ramps was cleared of vines and invasive tree honeysuckle. Everyone did an incredible job, working steadily through the rain. There’s still lots to do, but we have a great start on the work for this year. — SAW’s Mary Ellsworth (and photos)