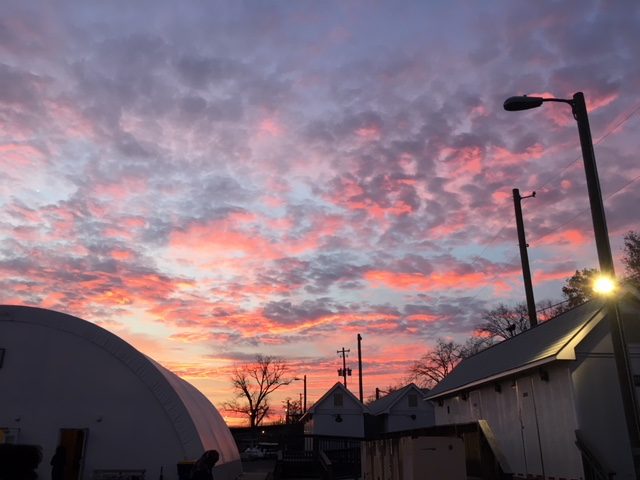 When I think about the two years I have spent at Capital, there is no one memory that stands out to me, but rather a collection of brief moments, where, in the instant, I have felt pure bliss.

The moments when everything in the boat is working perfectly and no one says it but there is an overwhelming feeling of triumph surging through everyone. The time on the bus ride back from a regatta when Erin tried about a hundred times to take a boomerang of the whole bus — and almost fell in the process. The awe I feel watching the sunset on the Anacostia, and the brilliant blazes of orange and pink and purple that paint the sky as the team leaves for the night. When, at the other side of the bridge, after our runs, we do piggyback and wheelbarrow races (don’t tell Nathan). The exhaustion and glee my girls 8 felt when we placed third at Mid-Atlantics, after having rowed in wind and rain. The bustle of the boathouse as boats come in and out. Just sitting in a circle as a team doing scullies and talking and laughing. 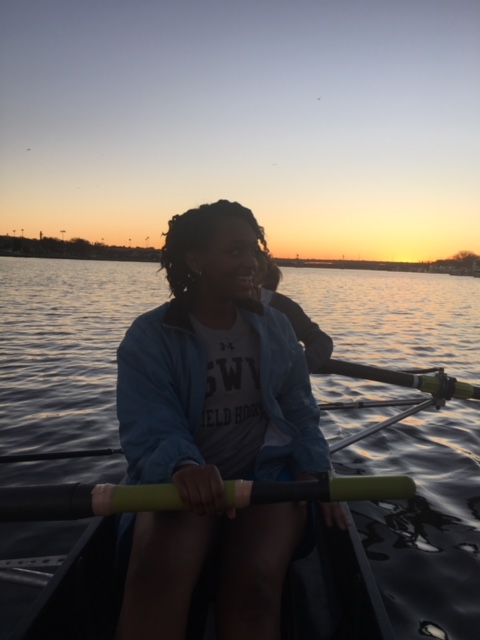 Crew is an incredible amount of work and sweat and pain and pushing yourself to the absolute limit. Honestly, sometimes you want to give up and quit. The team, coaches, and the love of being on the water is what keeps you going. I have met some of the most amazing people and created some of the most amazing memories while being on this team, and for me, all those moments are what Capital is about. 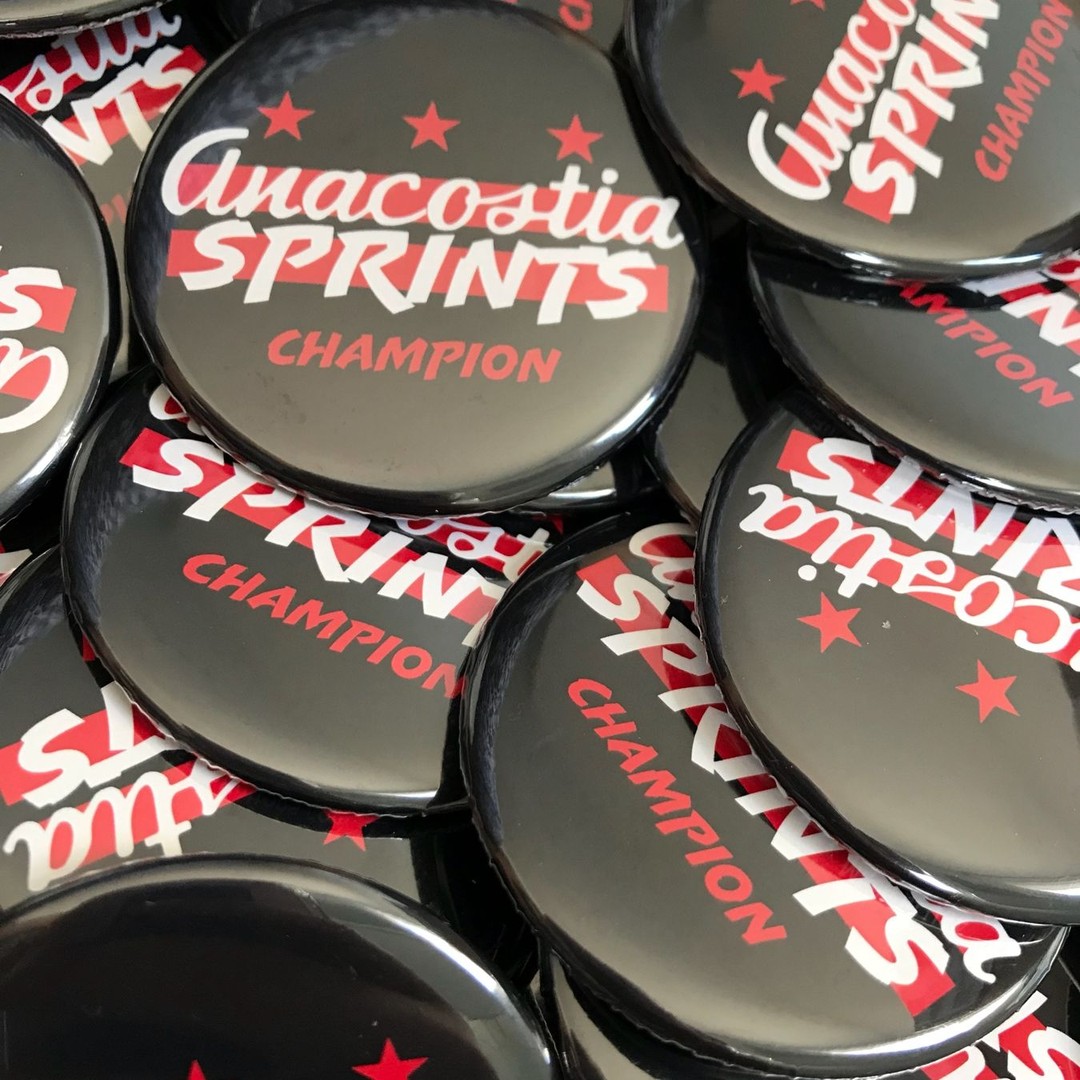 By Mary McMenamin and Lily Elsner

Capital Rowing Club has been a presence on the Anacostia River since 1995, when it became a founding member of the Anacostia Community Boathouse, at the time located at 1115 M Street SE. The Anacostia Riverfront looked a lot different then: Capital didn’t have a lot of neighbors on either side of the river, let alone much boat traffic on the water. Today, the skyline along all of M Street—from the railroad bridge all the way down to Hains Point—is considerably different, boasting new businesses, new places to live and work, and new access points to explore the river.

Capital has changed, too. In 1988, Capital began with six adult members. Thirty years later, it comprises 11 rowing teams, providing comprehensive programming to over 400 rowers of all ages and abilities.

Capital Juniors is one of these 11 teams. Started 10 years ago by two masters rowers, Capital Juniors seeks to make rowing more accessible to students in the DC area. The team brings more than 60 middle and high school rowers to the Anacostia River each season. They learn not only how to row but also now to protect the river.

On Saturday, April 21, 2018, in celebration of the DC’s Year of the Anacostia and in honor of Earth Day, Capital Juniors partnered with the Anacostia Watershed Society to bring even more visibility to the Anacostia River. We invited neighboring teams to a day of community service and friendly competition.

Nearly 200 rowers from Capital Juniors, Georgetown Day School, Elizabeth Seton High School, Bishop Ireton High School, Sidwell Friends School, and Holton-Arms School participated in the service-learning project, where they were responsible for cleanup activities around the bioswale surrounding the boathouse. The teams collected dozens of bags of trash that would otherwise end up in the water or in the river habitat.

Following the riverfront cleanup, the rowers convened for the first annual Anacostia Sprints, Capital’s first juniors-only regatta. With over 50 entries, the regatta provided the athletes an opportunity to row on the Anacostia River, some for the first time. About half of the competitors practice and race on the Potomac River, so the Anacostia Sprints was a special way to introduce them to DC’s so-called Other River.

It was also special that all the participating teams took home some race hardware—button pins that featured some local DC history. The pins were adorned with the Anacostia Sprints logo: a rendition of the DC flag with an overlay of text based on a popular 1940s-era neon sign found in the Anacostia neighborhood. After all, Capital is committed to its mission of supporting and celebrating the community around the boathouse.

Looking forward, Capital Juniors is excited to invite even more rowers to the Anacostia River, in what we hope will become an annual tradition of community building and racing. 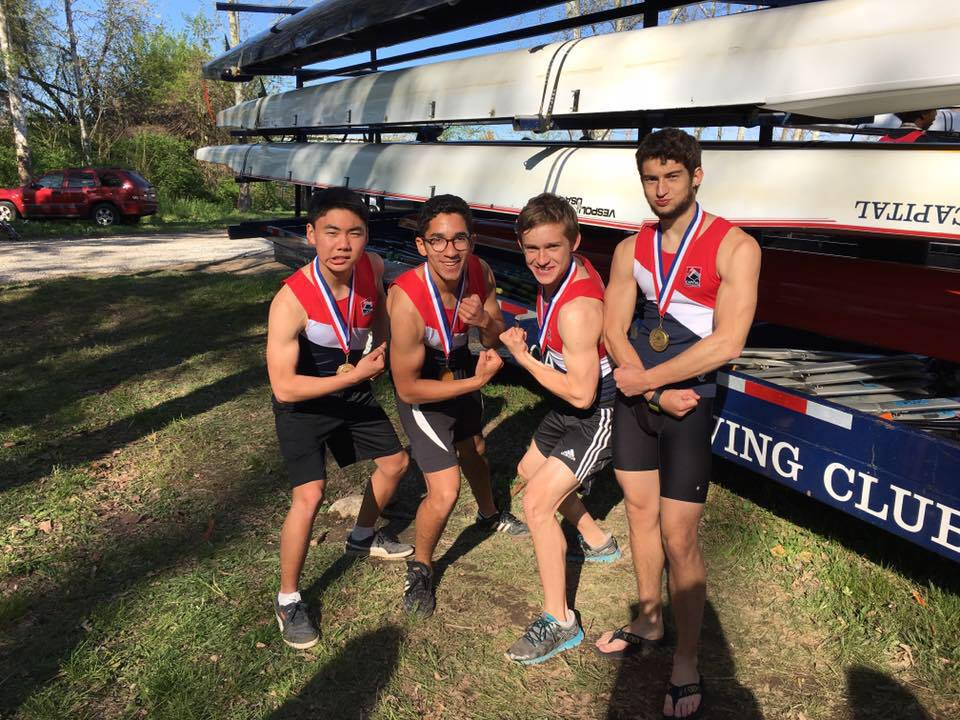 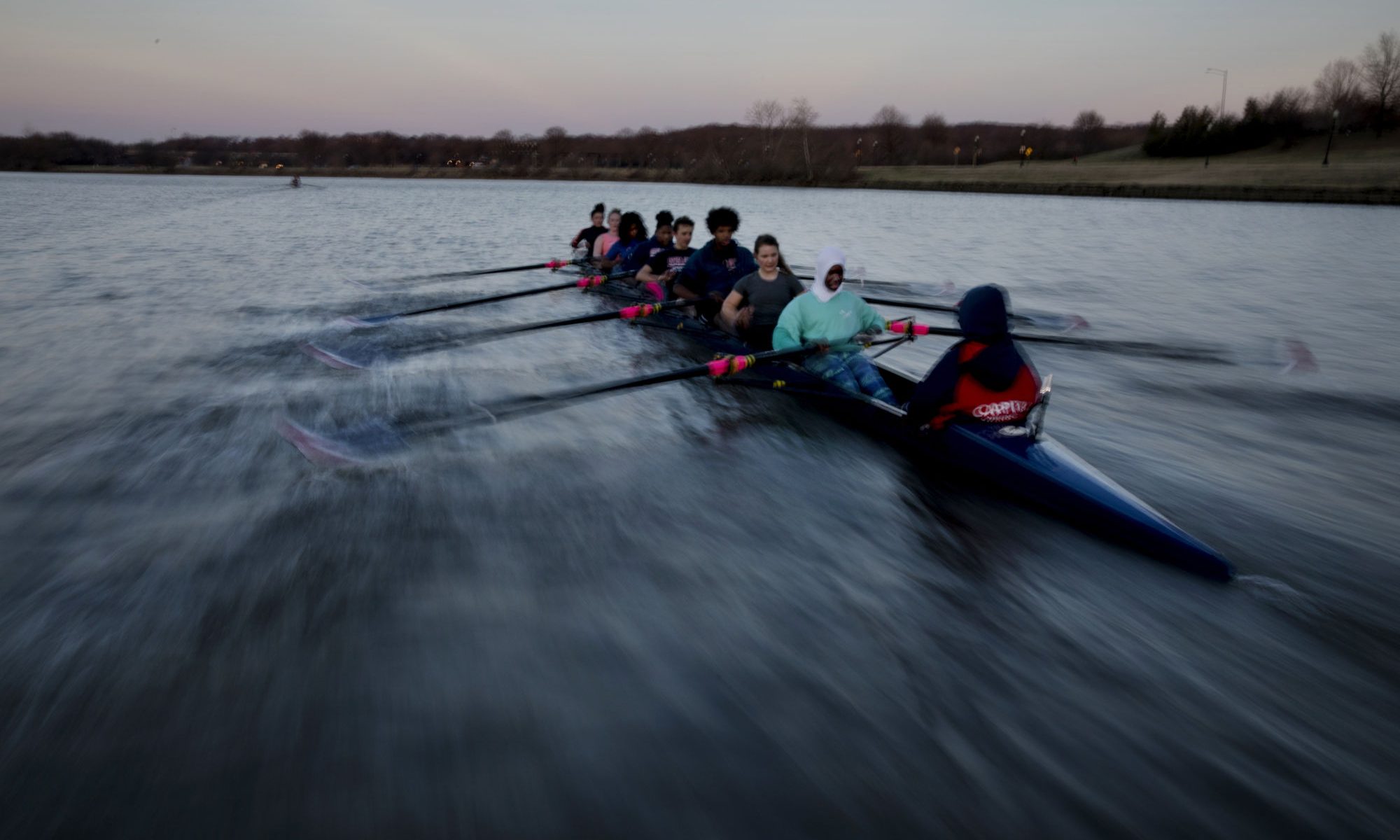 Thanks to WAMU’s Jacob Fenston and Tyrone Turner for featuring Capital Juniors as part of their coverage on the Anacostia River. It’s a great piece, so make sure you check it out! 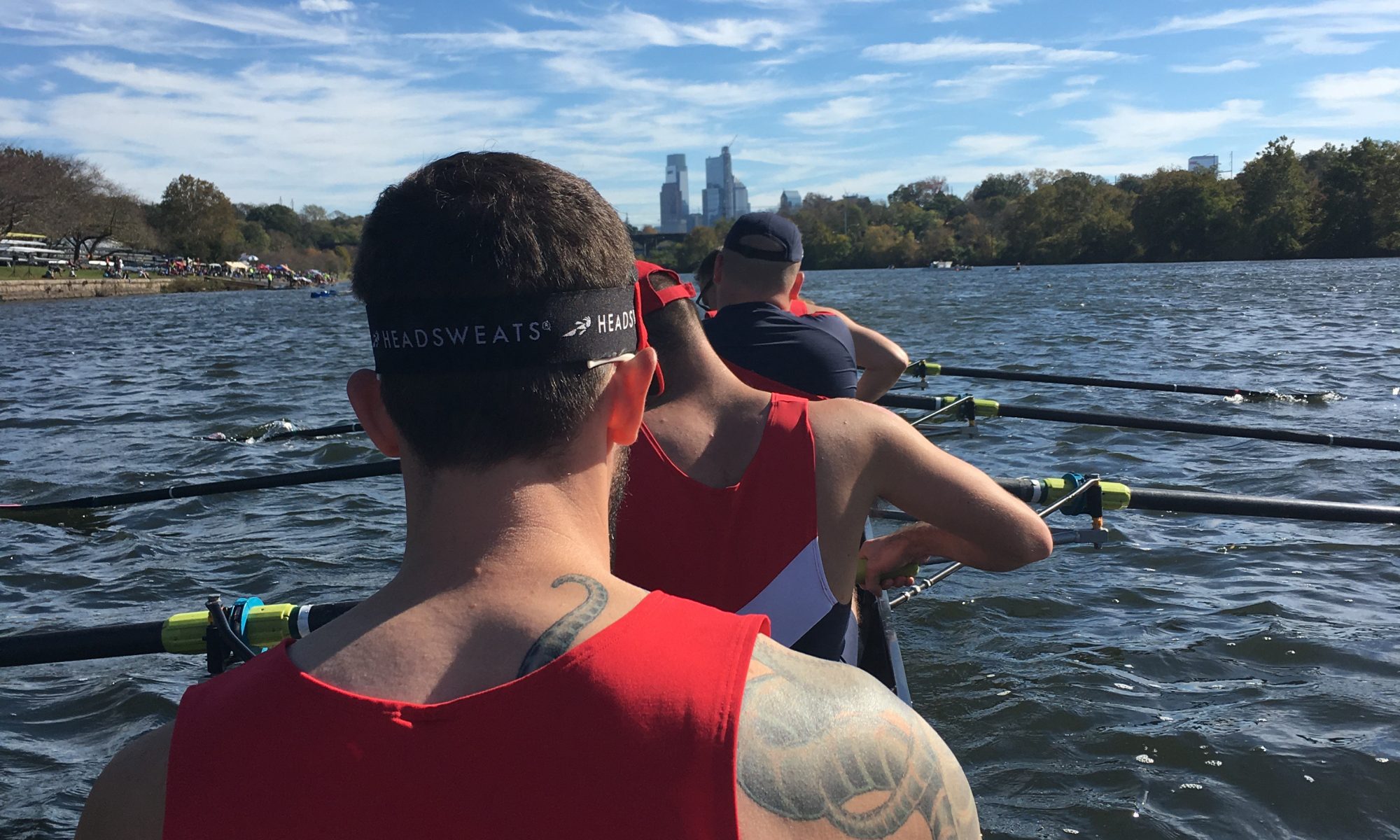 Capital returned this year to the Head of the Schuylkill, after not having sent the full team in a few years. Juniors and Masters brought their A-game and had a great time even in the rain! 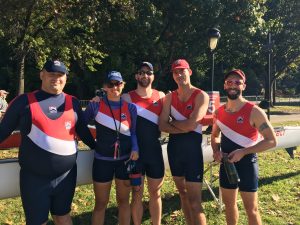