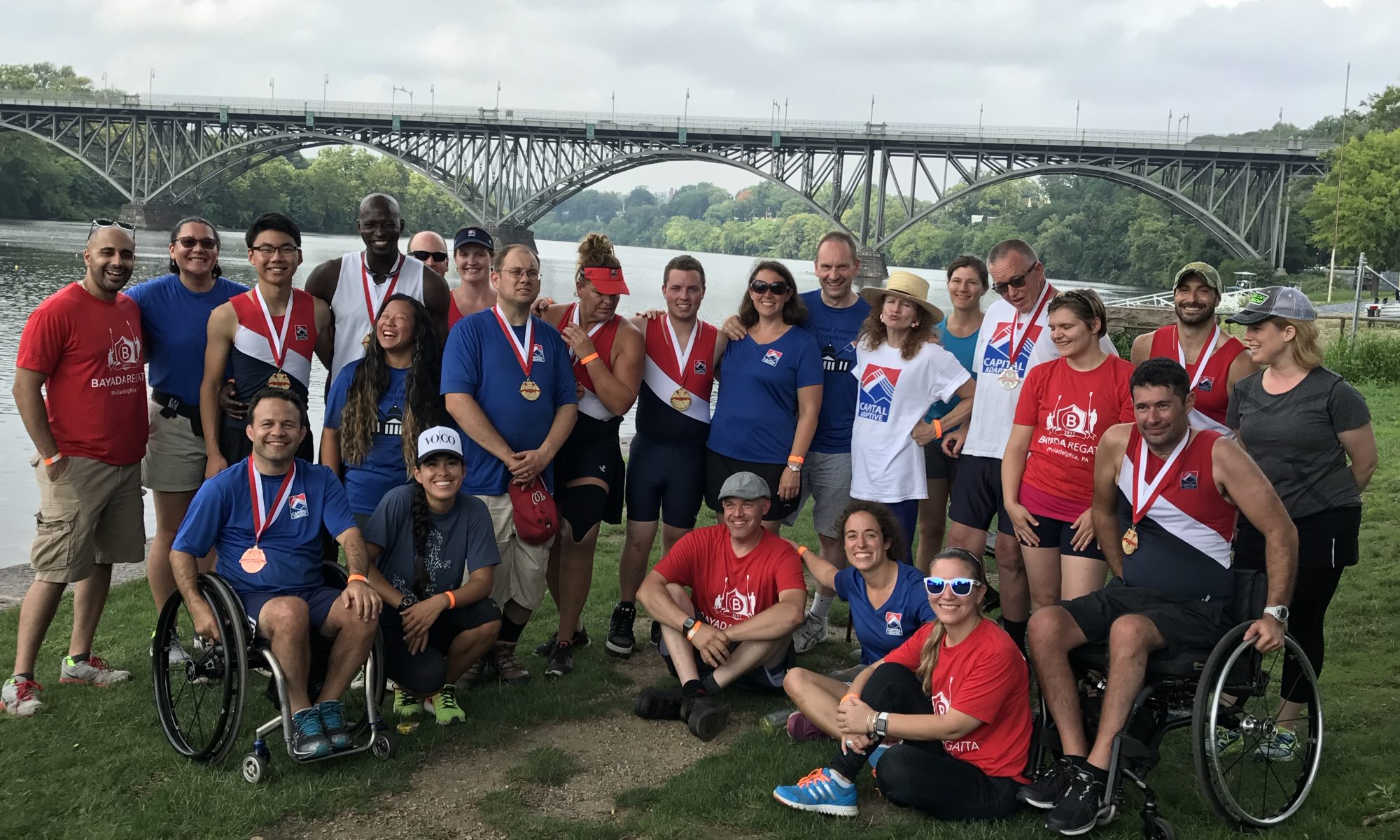 Para-rowers from the US and Canada raced 1000 meters down the Schuylkill River in Philadelphia, PA.

Capital Adaptive (CARP) had 9 rowers compete in 12 events and won 15 medals: 8 gold, 4 silver, 3 bronze. We medaled in every event we raced in. Every rower medaled at least once.

In event #1, Dammie raced in a single. He wore a headset and Leon from Capital Jr.s was in his own single, ahead of him, with a headset with a microphone, giving Dammie steering instructions. This has been a goal of Dammie’s for years and thanks to Leon and support of the club in allowing coaching hours, loaning us Leon, as well as the Skyes boat with which he raced, we were finally able to make it happen!

Here is a link to the official medal count:

http://rowtown.org/lrs/medals.jsp?regattaName=Bayada+Regatta&regattaDate=2017-08-13&view=summary
Thank you Capital for the notes and messages of encouragement this weekend! A massive shout-out again to Club PM for helping unload the trailer upon our return to the boathouse! And again, can’t thank all our volunteers from club Capital, JUNIORS, and the community at large for all the support- we can’t do it without you!
Go Capital, go CARP!
Meagan

Congrats again to DC Strokes for a great regatta! Always fun to race at home against our friends.

Congrats to everyone who raced at MidAtlantic Erg Sprints this year!

Capital Rowing Club had 43 Entries in Juniors and Masters categories, and placed 4th Overall in the Team Awards with 174 points. See below for all of the athletes who finished in the Top 10 in their event.