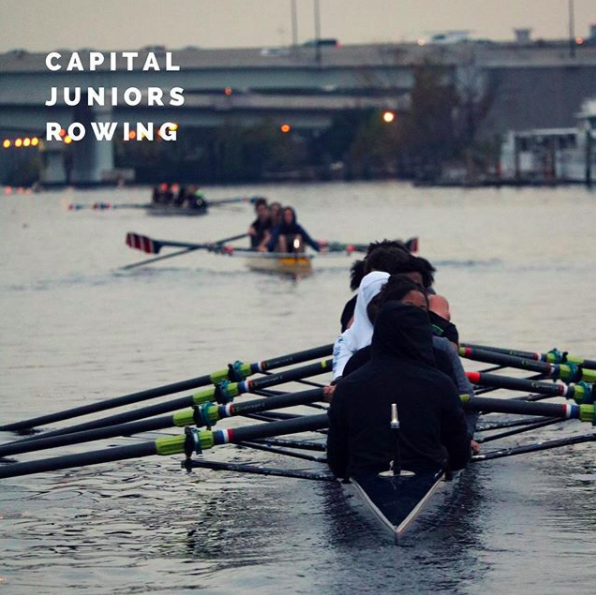 Due to the ongoing COVID-19 situation, Capital Rowing is unable to offer the Summer Learn-to-Row Camp for Juniors this year. Please do visit the Juniors tab on the site to learn more about our program for young rowers and follow us on Facebook, Instagram and Twitter for the latest news.

Please reach out to us at juniors_rep@capitalrowing.org should you have questions or would like more information on our Juniors program. We will miss our new rowers this summer and look forward to returning to the water as soon as it is safe to do so.

When: August 26–30, 5:20 a.m.
Are you a current or former competitive rower looking for a new club? Are you looking to improve your technical skills and overall strength? Then Capital Rowing Club’s Competitive Sweep Program is the place for you!
Capital Competitive Sweep men and women have returned from Grand Rapids, Michigan, after another exciting Masters Nationals, and will be hosting tryouts August 26–30. On water evaluation will take place during practice. Please plan to arrive no later than 5:20 a.m.
If you are interested in trying out or have any questions please reach out to our reps:

Congratulations to all of our CARP athletes who attended the BAYADA Regatta in Philadelphia on August 17. Capital athletes raced in eight events, winning six gold and two silver medals! 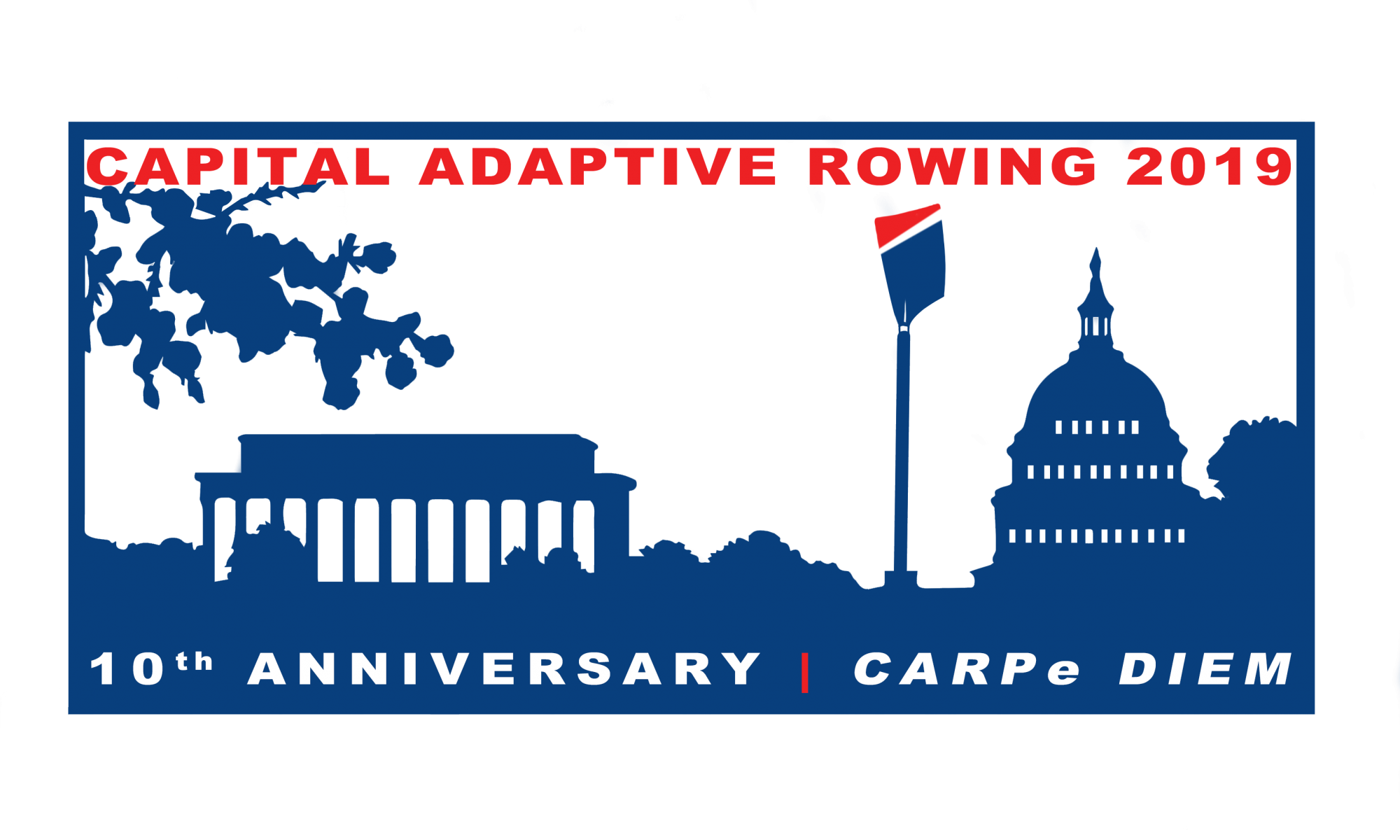 What is an athlete? If you want to know, spend some time with CARP, the Capital Adaptive Rowers.

First, an athlete has an indomitable spirit. They eat obstacles for breakfast. Not only are CARP athletes physically tough, but they are mentally strong as creative problem solvers. Every rower has to deal with gear that doesn’t work auto-magically. CARP’s gear is still being invented, both as the industry develops adaptive products, and as coaches and athletes experiment with gear that was likely made for someone with a slightly different body or situation.

For example, CARP received a state-of-the-art fixed seat for a PR-2 rower (that is, someone who rows entirely with arms and body), from a generous donor. But it didn’t quite fit our boats. So, CARP athlete Shannon bravely modified it—with a hack saw, and no instructions. As a volunteer, I sometimes go sculling with an athlete who only rows the port side, so steering is a workout for my left arm and my brain! Almost every week, athletes and coaches are trying out different equipment and techniques to maximize everyone’s performance and to get the most out of the sport.

Second, we all have to define what victory means to us. Most of us aren’t going to the Olympics (although some CARP athletes are nationally competitive and could, in fact, be training for the Olympics). So, the meaning of “ultimate victory” isn’t obvious. It’s even less clear for adaptive rowers, because accessible competitions are still being developed. When CARP athlete Dammy wanted to race a single, CARP’s leadership had to research whether that was an option for someone who is completely blind. Fortunately, it was possible, and he partnered with a sighted athlete who gave him directions for navigation through a headset while rowing—really fast—in another single. (He won, BTW.)

Sometimes, victory means showing up to practice. Victory can also be having the courage to admit that, as an athlete, you need rest and recovery. The stakes tend to be higher, and the demands more frequent, for adaptive rowers, but all athletes take responsibility for their health, whether that means going hard or going home.

Finally, athletes are on a team. On the one hand, no one can take a stroke for another person, and no one can build muscle in another person’s body. So in that sense, the moment of victory is theirs alone. But all the moments leading up to that require cooperation. Even the coach, Jai, knows that he needs his rower’s perspective in order to strategize. I once tried sculling as a PR-1 rower, in a fixed seat with a back, using only arms and shoulders. It was an eye-opener. I didn’t know I’d need to do subtle things, like tapping down faster than I would with a layback. The coach knew that from watching and listening to his PR-1 rowers, and from doing the same himself. It’s a team sport, in many ways.

As a volunteer, I often carry boats, which many CARP rowers can’t do. That’s not fundamentally different from the way that I can’t carry the eight myself at sweep practice. The teamsmanship of CARP is my favorite part.

So, all the reasons that I personally want to be an athlete are in high relief at CARP:

If that sounds good to you, and if you can carry a boat—or even if you can’t—then you should volunteer with CARP!

Learn how to volunteer!