Congratulations to all who decided to kick off their fall racing with a serious bang this past weekend! Capital rowers participated in the Chicago River Half Marathon and Rock the Occ. Comp Sweep, Morning Sweep, and Evening Sweep were represented in the group that traveled to Chicago in a Men’s 8 and a Women’s 8. The Women’s 8 successfully settled the score after last year’s loss by 3 seconds, by bringing home gold with a time of 1 hour 26 mins!  The Men’s 8 also killed it with a time of 1 hour 15 mins, but missed first place by just 6 seconds to LPBC. 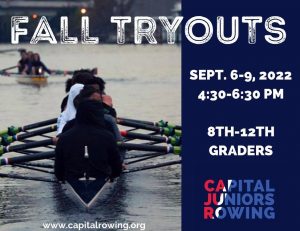 No rowing experience is expected and all fitness levels are welcome. Check out this page for more details on the process and the program and we look forward to seeing you at the boat house! 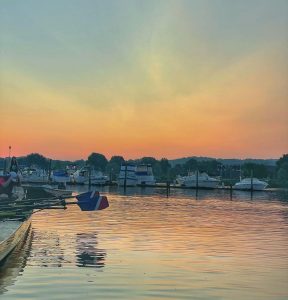 Registration is now open for the Fall 2022 season which begins on August 22. Please remember to pay your membership fees and to only register for one coached program to start. Register by August 14 to ensure you are able to row on Day 1 (and, who doesn’t want to row on Day 1?) 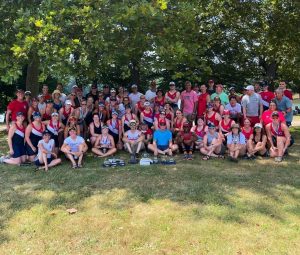 Competitors from Comp Sweep, Comp Sculling, and Morning and Evening Sweep and Sculling banded together to bring home the trophy for First Place Team and the Howard M. Smith Sweep Trophy. In total, CRC won 15 events and brought home 12 “Fastest on the Water” trophies.  We also brought home bragging rights for 11 2nd place and 12 3rd place finishes. Congratulations to everyone for this club accomplishment!

Capital’s adult Learn to Row classes are full for the remainder of the season, but our friends at DC Strokes have a few seats available in their August Learn to Row sessions (edit: classes now full). Learn more and sign up here.