Lain Wilson (President)
Lain has been rowing, off and on, since college. He has been a member of Capital for the last three years, both with Club AM and Club PM. He moved to D.C. five years ago to work at a research institute, where he is currently the digital content manager. 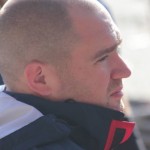 James Mauro (VP of Resources)
James took Learn to Row with Capital in 2012 and has been a member ever since. 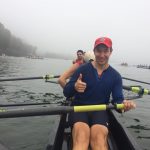 Mike Neumann (VP of Operations)
After rowing in college at Northwestern University, Mike took a two-decade hiatus from rowing before joining Capital Rowing Club in 2014. Since then, he’s been an active member of the Club PM program, and now serves as Capital’s Vice President of Operations. In his professional career, Mike served as a United States Marine for 12 years, and for the last 8 years he has worked as the Director of Operations for a national security unit at an international research and analysis think tank.

Stephanie Acerra (Secretary)
Having been a collegiate Field Hockey and Lacrosse player, seeking a sport I could continue to be competitive in, I learned to row after college in 1997. I rowed recreationally in 1997 and 2002-2005, and competitively 1998-2001, and since 2005, and began rowing with the Capital Competitive Sculling and Sweep teams in 2012. In addition to rowing with Capital, I teach math and coach the crew team at a local high school. I also bring the experience of having served on two previous rowing clubs’ boards, as well as having started and served on the board of a not for profit organization funding schools in Uganda. 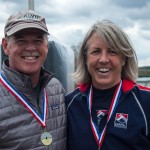 Anne Diggs (Director at Large)
Anne Diggs has been a member of CRC since 2013. She began rowing in 2001 with the Concept2 Holiday Challenge – and has completed it every year since. She was exposed to rowing on the water in 2005 with the first DC “We Can Row “ weekend at ACBA – 30 minutes of sweep fame! Anne learned how to scull in 2008 at San Diego Rowing Cub. When she returned to Washington DC in 2013, she truly learned how to scull at CRC with Coach Kate Bonner. Anne sculls competitively for CRC, and is also a leader on the “ARIEL TOY” Virtual Rowing Team during the Concept 2 January Virtual Team Challenge. Recently retired from the US Navy, she now has time to give back to her community.

Mark Lance (Director at Large)
I am professor of philosophy and professor of justice and peace at Georgetown University. I have served in the past on numerous boards – both of academic and activist organizations. This is my first sports-related board, though I have been active in various sports for 4 decades and taught several, including rowing.

Gretchen Abell (Director)
Gretchen Abell’s rowing career began when she was tapped for coxing by the mighty Oakland Strokes in her California high school days. Following four years of coxing with the BU terriers in the 90s, and some time coaching at MIT during her Masters, Gretchen landed in the Washington DC area where she took on the role of head coach of the Georgetown Visitation Cubs. Shortly after, some light persuasion to cox “just one race” brought Gretchen to Capital. Fifteen years later, Gretchen has coached for several Capital programs, MC-ed many a Cap sprints, and is a long-time member of the Comp Women’s team as well as having served on the board for eight terms as VP of Operations. 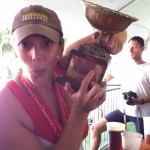 Courtney Fratzke (Director)
Rowing has been a huge part of my life ever since I first learned nine years ago. Having rowed competitively for six of those nine years has been both incredibly hard work and just as immensely rewarding. When I moved to D.C. from Cleveland three years ago as part of a job change, the ability to join Capital Rowing Club helped me make wonderful friends as well as get to know my new city. My experience on multiple competitive rowing teams as well as my genuine appreciation for the skills anybody can learn and use to enrich their lives through this truly unique sport are things I value and hope to share. 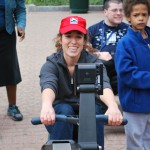 Meagan McAllister (Director of Adaptive Programs)
Meagan McAllister, Certified Therapeutic Recreation Specialist (CTRS) first learned about crew as a high school freshman. She then was a member of the rowing team as part of her time at Ithaca College. As a Recreation Therapist at INOVA Mount Vernon Rehabilitation Hospital, Meagan assists individuals with stroke, traumatic brain injury, orthopedic and cardiac injuries reach their cognitive and mobility goals for community re-entry through involvement in leisure and social activities. Meagan has always had a passion for adaptive sport and has been involved in hand-cycling, quad rugby, amputee soccer, and wounded warrior flag football events. Meagan is thrilled to be a part of the Capital Adaptive family and to promote the inclusion of athletes with various abilities in the rehabilitative, community, and competitive aspects of rowing. 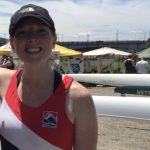 Evening Sweep — Bridget Pooley
Bridget signed up for the crew team in 2002 as at freshman at Elizabeth Seton High School, and immediately fell in love with the sport. After a couple seasons of rowing, she began coxing full time. Her high school career ended at the Stotesbury Cup Regatta in 2006. While an undergrad at Catholic University, she coxed for the men’s team and returned to Seton as an assistant coach. Bridget grew up one block from the Northeast Branch of the Anacostia River and has exclusively rowed for programs headquartered along her home river. Bridget joined Capital Rowing Club in Spring 2018 after a decade-long hiatus from rowing. When she’s not on the water, Bridget works as a director of client services for a nonprofit communications consultancy and is an elected advisory neighborhood commissioner in Adams Morgan. 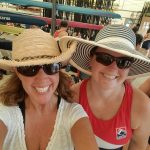 Weekend Sweep — Sara Grimes and Susie Allen-Serpinski
Sara: I grew up on the Puget Sound in the Pacific Northwest. My happy place is on or near a body of water. I only wish I had learned to row sooner. I currently live in Germantown Maryland. I have been working as a dental hygienist for 26 years. I have come to love the Anacostia Community Boathouse and hope to row here and contribute to the rowing community for many years to come.

Susie: In my day job, I’m an engineer for the US Navy working on aircraft systems. I started rowing in college at Florida Tech and fell in love with the sport. 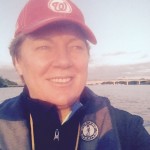 Jason Johnson (Comp Sculling)
Jason stated his rowing career as a coxswain at Holy Cross in Worcester Massachusetts. By his second year he had grown into the role of lightweight stroke and finished his college career assisting the novice coaches following an injury. After moving to Washington, DC he served as head coach for Trinity College for three years. Following a 20 year hiatus from rowing Jason joined Capital as the Competitive Sculling coach in 2015. 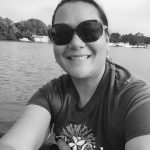 Emmie King (Adaptive)
Emmie was a founding member of the rowing team for the university of Maryland in college park in 1999. She was the head coach of the women’s program at UMCP in 2002 and the men’s program at UMCP in 2010. Emmie was the assistant coach for Capital’s Club AM program in 2008 and one of the novice sculling coaches in 2009. She’s been assisting CARP since 2015. Otherwise, I’ve been trying to stay in shape with sculling and help her rowing family as much as she can.

Jai Mitchell (Adaptive)
As a high school rower at Washington-Lee, Jai rowed under the legendary Charlie Butt, and stroked his lightweight eight to a gold medal at the Stotesbury Cup. He then continued his rowing career at UC Santa Barbara as both an athlete and later on as head coach of the men’s freshmen team, leading his heavyweight 8 to an upset victory at the Pacific Coast Rowing Championships. This past year, he coached the Rock Creek Rowing Men’s Masters team and after winning a gold in every event and race of the sprint season, the 8 won its first ever gold medal at the Diamond States Regatta. Jai has degrees in film from UCSB and the New York Film Academy, and has worked for companies such as The Discovery Channel, NBC, CBS, and the Hallmark Channel. Jai is thrilled to be coaching at CARP and brings a program that emphasizes hard work, technique, tradition and fun. 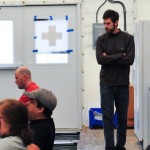 Steve Neumann (Club PM, Juniors)
Steve Neumann is the lead coach of the Capital Private Sculling and Your Team programs, and is an assistant with the Capital Juniors (high school), Club PM (adult) and Indoor Learn to Row programs. Steve has ten years of experience coaching sweep rowing and sculling programs – developing competitive, recreational and novice rowers from ages 13-70+. As an athlete, in 20 years of competing Steve has won championship medals at dozens of national and regional regattas at the collegiate and adult levels. He has served as a team captain and board member in various capacities, building multiple competitive and educational rowing programs. Steve is a graduate of the University of Wisconsin, and as a member of Wisconsin’s crew won medals at three IRA national championship regattas and the 1997 Ten Eyck national team championship. His coaching mentors include current and former national champion coaches Chris Clark and Randall Jablonic. 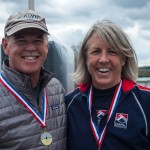 Bob Reichart (Competitive Sculling, Club Sculling)
Bob Reichart has been with CRC since 2013, and currently coaches one session of the club sculling and novice sculling programs. Bob starting rowing at Trinity College in Hartford, CT, where he rowed in the highly successful Freshmen and Varsity Lightweight Crews. He has rowed with the Bantam, Minnesota and San Diego Rowing Clubs, and is Captain for the “ARIEL TOY” Virtual Rowing Team during the Concept 2 January Virtual Team Challenge. Bob is a 30 year US Navy Veteran who began coaching rowing in 2014. 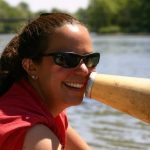 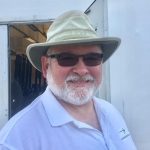 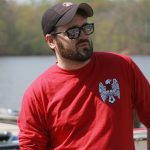 Rob Walker (Learn to Row)
Rob Walker is currently the boys varsity coach for the Justice High School Rowing team in Falls Church, Virginia. Rob has been coaching and teaching at Justice High School for the past four years. Prior to moving to Virginia, Rob lived in Pittsburgh for five years, where he attended The University of Pittsburgh and learned to row and compete with Pitt Crew throughout his collegiate career. Rob has either coached or rowed every type of boat over the years and looks forward to introducing rowing to anyone willing to listen.