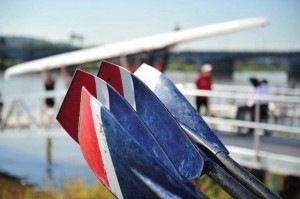 Capital Rowing Club (CRC) is the home of community rowing in the Nation’s capital. Each morning before daybreak, nearly 80 rowers push off the docks into the waters of the Anacostia River, the reserved waterway that flows through the southeastern neighborhoods of Washington, D.C.

Each year, CRC also introduces more than 150 rowers to the sport through its top-tier Novice Program. On Saturday and Sunday mornings between mid-April and early November, CRC rowers volunteer to help new rowers discover the challenge and achievement offered by rowing.

CRC is an active part of the vibrant and diverse Capitol Hill and Anacostia neighborhoods in Washington D.C. Each summer, CRC routinely holds rowing camps for area youth, giving them a chance to explore and enjoy the Anacostia River while developing the strength, discipline, teamwork, and camaraderie that comes with rowing. Over the years CRC has partnered with several area schools to establish rowing programs.

The largest community-based rowing organization in Washington D.C., CRC is organized as a non-profit 501(c)(3) managed solely by volunteers and is devoted to bringing rowing opportunities to the nation’s capital.