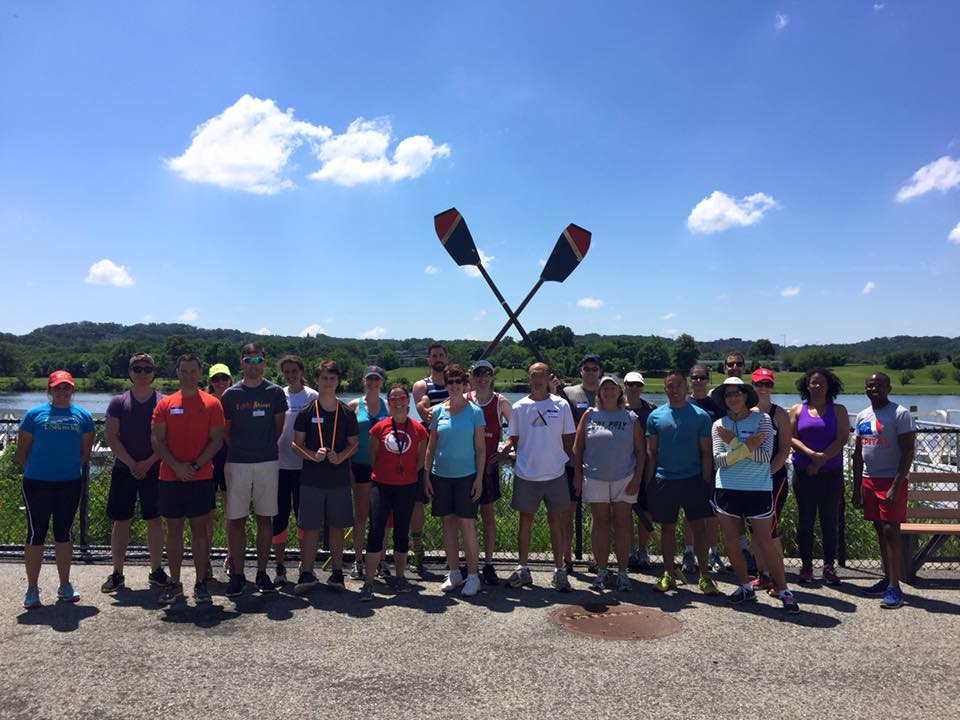 Andy Waiters is the head coach of the Learn to Row Program. He has also coached with the Juniors Program, and rows with many of the programs at Capital. You can usually find him out in his single whenever he has a free moment.

Capital recently ended its first Learn to Row class of the year, after ten days of introducing the basics to people who had never sat in a boat or touched an oar. This day was very similar to other tenth days, as we set lineups, got boats down, warmed up on the water and headed toward the big tree, the starting line we use for our Learn to Row races. After getting boats aligned, Coach Nicole and I went over general things they should be thinking about at this point, then got ready to trail the boats in the launches. I called “Attention, Row,” and they were off! To both our amazement the boats were moving pretty well, matching swing timing and best of all finding pretty good set, allowing for some really clean strokes. Those folks have now moved on to Intermediate Novice and are continuing to find their stroke.

I never would have imagined that I would have become a Learn to Row coach when I was going through the program with Coaches Bob Brady and Megan Silke in 2011, but the opportunity arose and here I am. One of the coolest parts of the class is getting to hear a little about where the new rowers are coming from, geographically and athletically. After we go around the group for introductions, we pretty quickly set all that aside. There is too much to cover over the ten days. Learning this sport also levels the playing field for everyone because it requires so much physically and mentally and includes concepts that are different than anything they’ve ever done before. 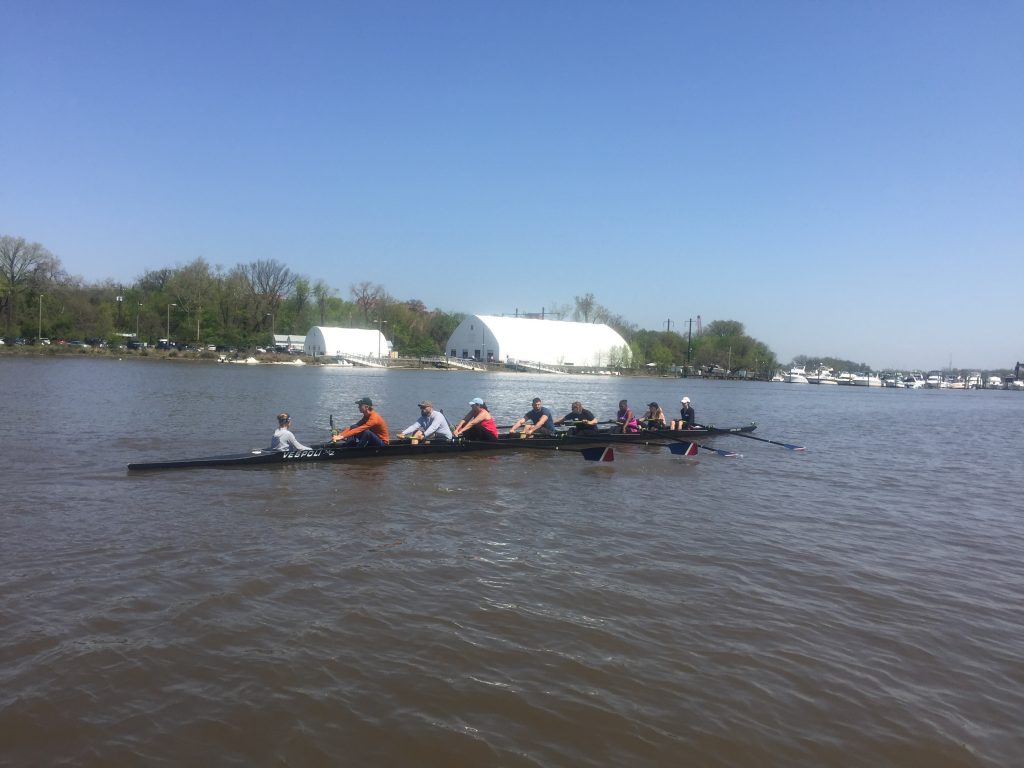 I also love hearing how people ended up in the class. When we go through introductions on the first day, we ask everyone how they learned about us. We always get a wide range of responses. Some heard about the class from a friend or coworker who went through the class, and some are former runners or swimmers who were looking for another competitive outlet.  I think my favorite response is and will always be “my mom made me do it.”

As registration fills for these classes, I always like to keep an eye on it just so I can get a general idea of what the makeup of the class will be. I’ve found that over the past three years the range of ages that are showing interest in rowing has increased. We’ve had middle schoolers and high schoolers looking to get a jump start on the season with their school or the Capital Juniors, but we’ve also had folks in their 60s and 70s looking for a way to stay active. It has been so rewarding to be able to work with people from so many different walks of life.

People find us in different ways but they keep finding us. As a short, black, gay rower, I am really encouraged by the traction the sport is getting in our small city and by how much more inclusive it has become over the years. There are so many opportunities for people to learn to row in DC, especially at the Anacostia Community Boathouse. Whether it’s one of Capital’s annual classes, DC Strokes’ Learn to Row program, We Can Row DC, Athletes Without Limits, Capital Adaptive, Capital Juniors, or DC Strokes Youth, people are spreading the word!