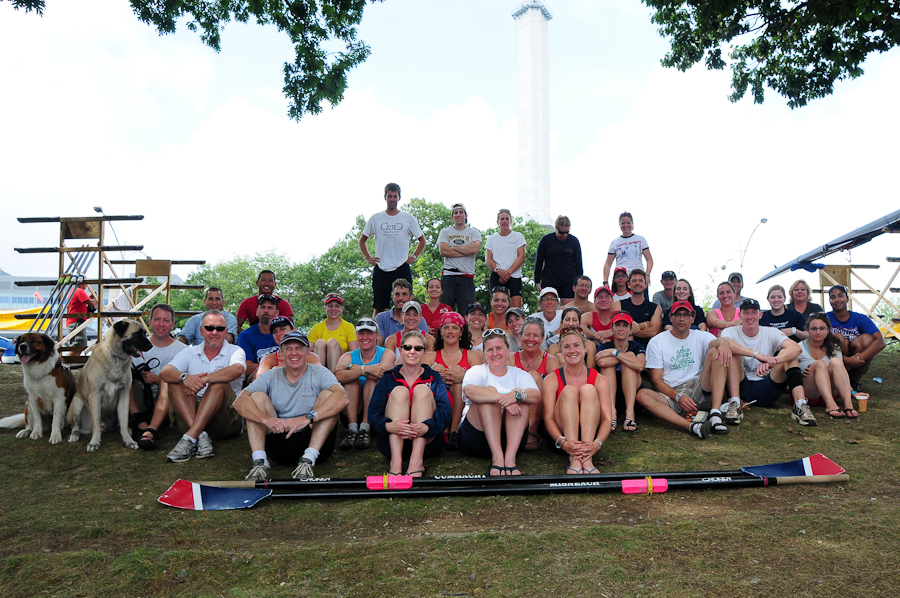 The Capital Rowing Club Competitive Team, a nationally competitive club rowing program, is dedicated to intensive training and conditioning in pursuit of successful racing while fostering teamwork and participating in the positive growth of our community through service and outreach.

Rowers that have prior rowing experience and are in good physical condition are encouraged to contact the Competitive Men’s Program Representative, Craig McKay, or Competitive Women’s Program Representative, Jack Battistini, so they may be evaluated for this program.  The rower should also have a solid understanding of rowing technique and boat issues such as set, run and timing. Age for competitive master’s rowers is over 21 (In 2016, the competitive team mean age was 39).

The Capital Competitive Men’s and Women’s programs enjoy a balance of racing and club spirit. Crews train hard but also pitch in to accomplish whatever needs to be done from loading trailers to repainting oars or helping out novice rowers. Being a part of the competitive program at Capital means joining a team of rowers that participate in community and club events as well as regattas and practices.

The competitive rower is highly encouraged to attend all practices, regattas and erg tests unless the coach has given prior special exception.  We do understand that work and family obligations take priority, but ever effort should be made to maximize participation. The rowing season runs from the end of March through the first week of November.

Practices are held Monday through Friday from 5:20 am until 6:50 am (rain or shine). Erg tests are given periodically throughout the year and generally occur on the weekends.

Capital Rowing Club is a volunteer-run organization, and members are expected to volunteer at least four (4) hours each season. Opportunities can be found in the Volunteer section.

Capital’s Competitive Men and Women row in both sprint (1000 m, with some 2000 m) and head races (up to 5000 m, or 3.1 miles). Regattas typically occur on the weekends and are usually within a few hours driving distance from DC. Capital’s sprint season culminates in mid-August at the US Rowing Master’s Nationals, which rotates locations every year. The Head of the Charles is the highlight of Capital’s fall head season.